Jeans as the most popular article clothing on the planet that never goes out of style have many advantages over other clothes since they can make you look elegant or cool, according to what you combine them with. Ask any group of people why they wear jeans and you will get a range of answers. For some they're comfortable, durable and easy - for others they're sexy and cool. Jeans mean different things to different people. They come in many styles and colors; however, blue jeans are particularly identified with a lot of cultures around the world, as well in our country. 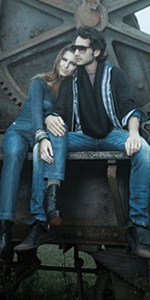 The man who invented jeans is Levi Strauss. Strauss was born in Germany, 1829, and when he was still very young he moved to the United States of America. In 1847 Strauss family moves to New York City where Levi joined his brothers dry-goods business and in 1853, at the age of twenty-four, to open a west coast branch of his brothers' New York dry goods business. He had spent a number of years learning the trade in New York after emigrating there from his native Germany. He built his business into a very successful operation over the next twenty years, making a name for himself not only as a well-respected businessman, but as a local philanthropist as well.

In the 1930's, Hollywood made lots of western movies. Cowboys - who often wore jeans in the movies-became very popular. Many Americans who lived in the eastern states went for vacations on 'dude ranches' and took pairs of denim 'waist overalls' back east with them when they went home.

Fewer jeans were made during the time of World War 2, but 'waist overalls' were introduced to the world by American soldiers, who sometimes wore them when they were off duty. After the war, Levi began to sell their clothes outside the American West. Rival companies, like Wrangler and Lee, began to compete with Levi for a share of this new market.

In the 1950s, high school kids put them on as a radical way of defining themselves, of wanting to look and be more adult — and dangerous and rebellious against adults because adults didn't wear jeans. A decade later, blue jeans became a symbol of egalitarianism, a uniform for young adult baby boomers waging a generational war. In the 1970s, when celebrity culture surfaced, jeans were definitely about being sexy and all about fashion.

Today no item of clothing is more famous than the blue jeans invented and perfected in the last quarter of the 19th century. In our opinion, jeans are not just a three-dimensional material, but four-dimensional because it changes with time as well. The eternal appeal of jeans is just that they reflect us and they reflect the lives that we've had in them. 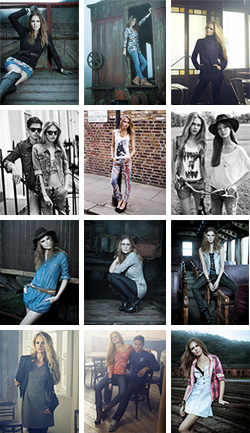 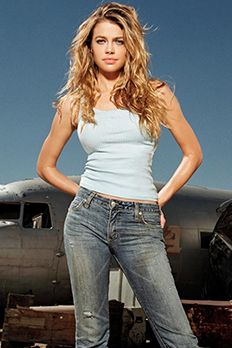 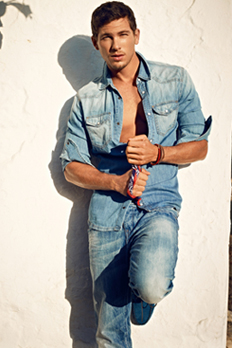